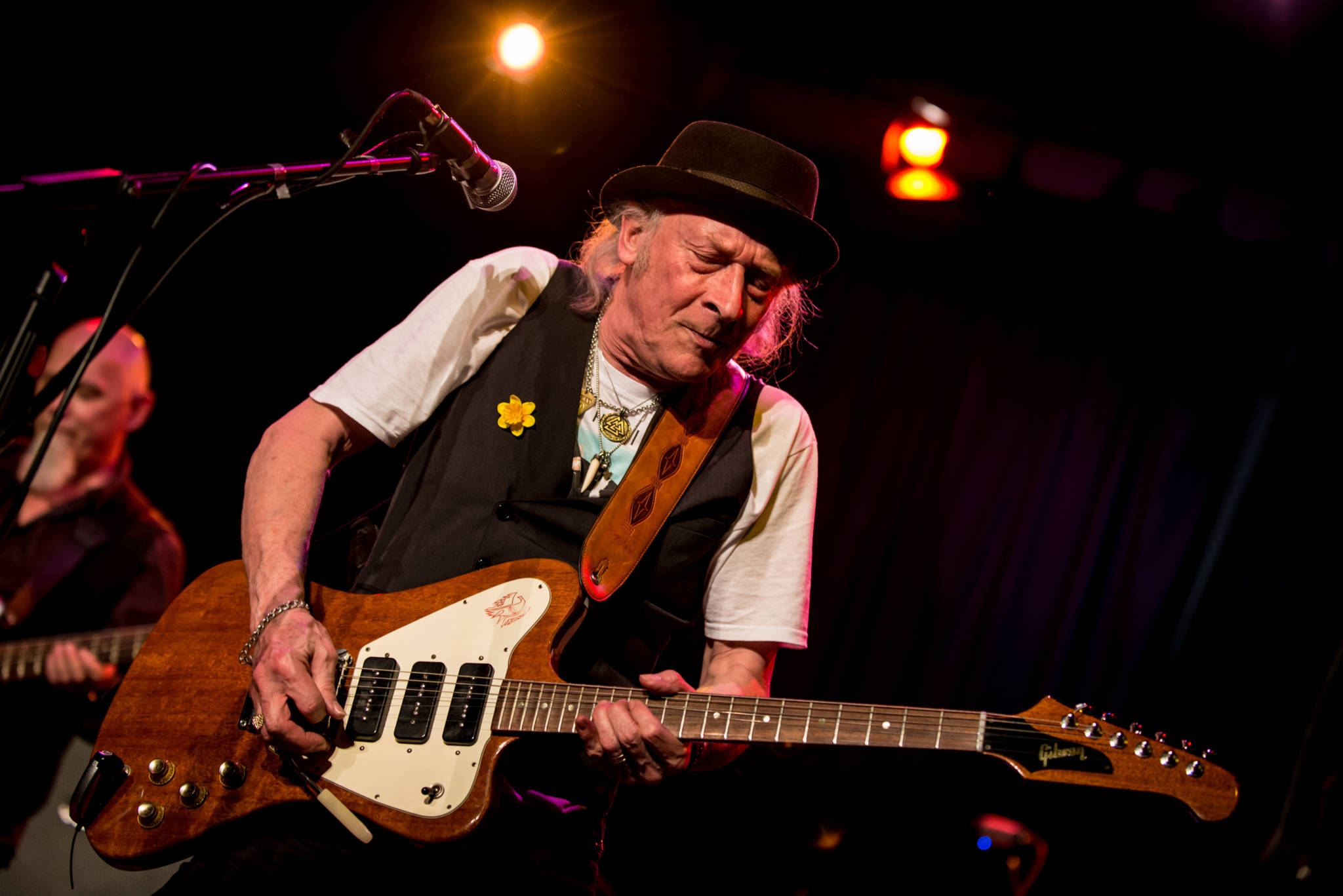 Del Bromham is a founder member and guitarist/songwriter with the legendary rock band Stray, but also has his own blues band - Del Bromham’s Blues Devils.

Del released a critically-acclaimed solo blues album ‘The Devil’s Highway’ followed by going on the "Blues To Die For" tour with Mountain's Leslie West. Subsequently, Del formed the Blues Devils to continue his journey in the blues. In September 2012, Del received a ‘Lifetime Achievement In Music’ award at The Newark Blues Festival, along with Tony McPhee (The Groundhogs) and Andy Fraser (Free). Del Bromham's Blues Devils is driving blues played with real musicianship and flair. You can expect songs from his latest acclaimed 'White Feather' CD as well as songs from his back catalogue and Del, as always, will have a few stories to tell.

"This singer/guitarist has produced an excellent blues album, ranging from acoustic to full electric blues. The vocals suit the music, and the guitar features some great slide. Solo notes burst out from the rhythm at just the right moments...." 'Get Ready to Rock ' website.

Del Bromham was born in East Acton, West London and made his first public performance when he was 13 years old. At 15 he formed his own band Stray and he has been an ever present member to this day. Stray released their first album back in 1970 when the average age of the band-members was about 17.

Over the years Del has recorded eleven studio albums and three live albums with Stray, and has been on countless tours and one night stands rubbing shoulders with too many artistes to list! Del Bromham still has his Stray rock band but now equally important is his Blues Devil's band where he excels taking his blues roots to new levels.