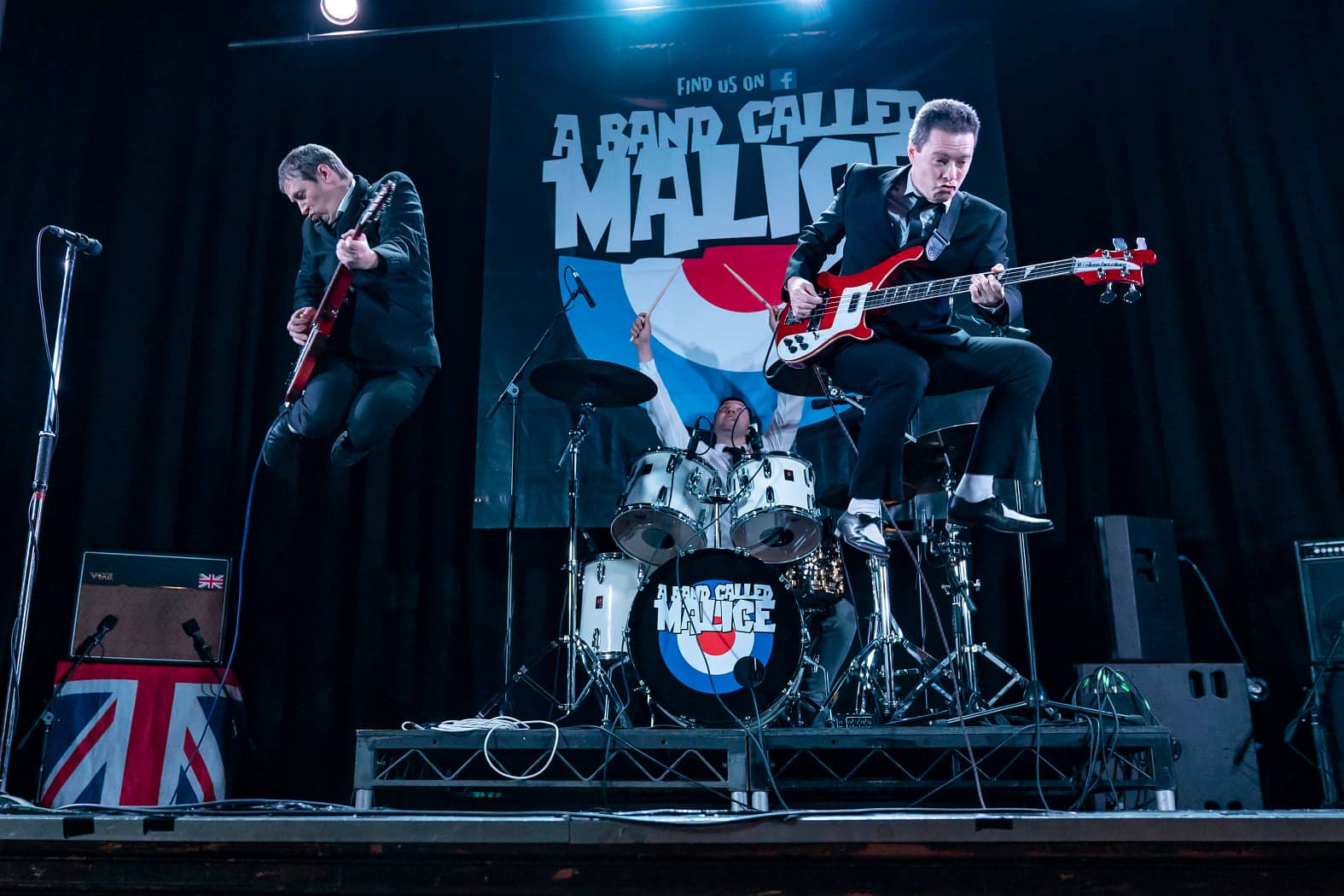 Come and seee the band live to witness a show which will take you back to the late seventies and early eighties when The Jam played as one of the most iconic and influential bands in music history. If you like The Jam then you will love A Band Called Malice and are guaranteed to have an unforgettable evening for all the right reasons!

In 2017, A Band Called Malice was formed when frontman Andy Coultas decided to create a new band. A band to recreate the sound of The Jam with the attitude and feel of the original line up. Finding musicians to do this was not an easy task as the people in the band had to be of exceptional standard, able to sing, able to commit, love The Jam, and of course be fit and agile enough to reproduce the live performance of Weller, Foxton and Buckler.

Andy turned to Jo Adams from Their Music Rocks, a promotional agency, and together they searched fior the right band members and, after a year of auditions and rehearsals, they finally settled on the superb line up to make up A Band Called Malice.