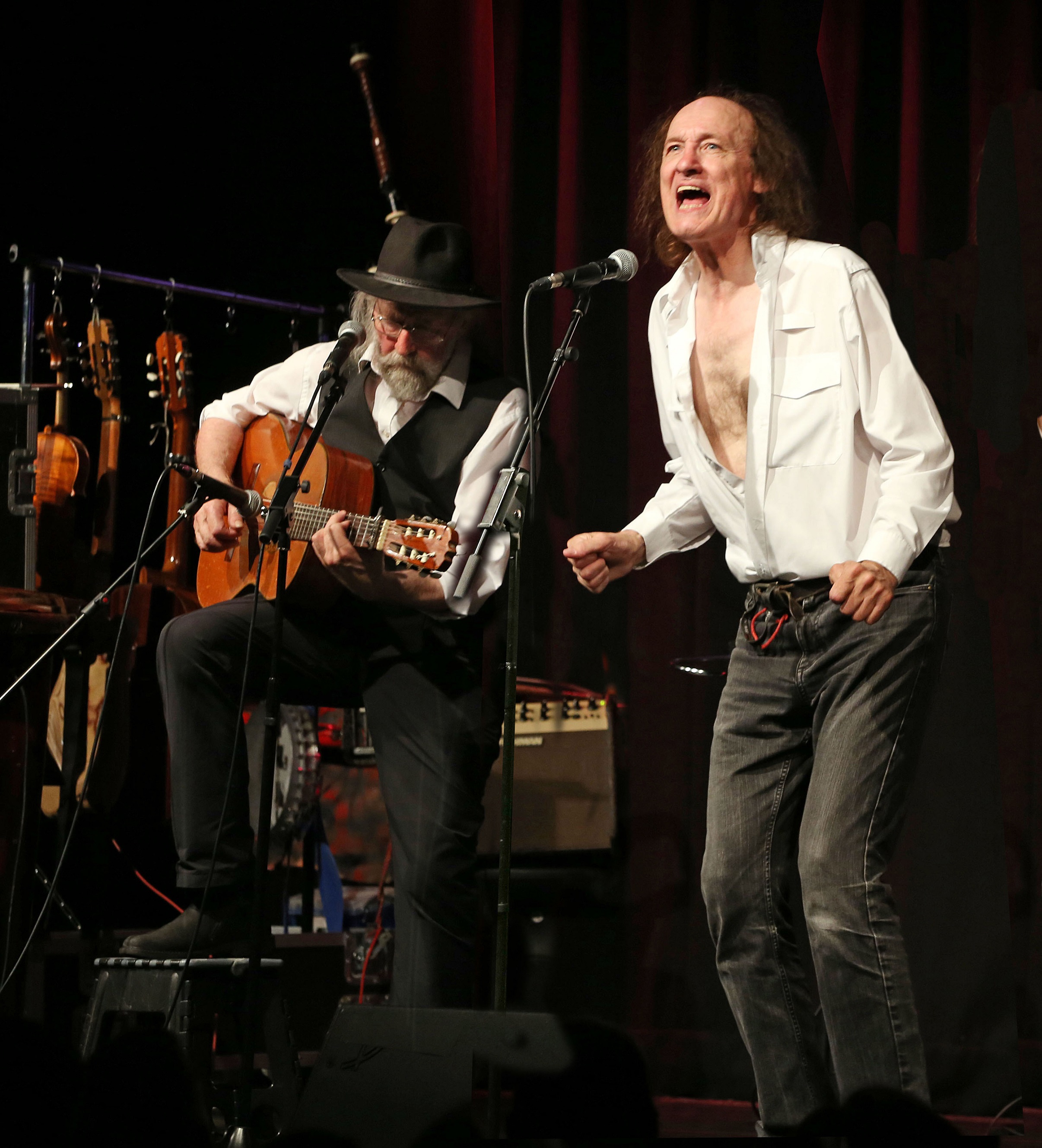 This magnetic bond still holds after more than 40 years of attempted escapes and still loved for their total in-yer-face originality, the contrast between the dead pan humour of Barrett and mad onstage antics of Otway are hilarious to watch. John’s lyrical genius and Willy’s outstanding musicianship (he seems to play almost every stringed instrument known to man, plus a few hybrids of his own making!)

Ever keen to add a new dimension to the show, Willy has a new addition to his array of instruments. Beware the Moose Homp!!.

Willy’s interest in making instruments began when he commandeered two guitars made by his dad in 1965. One from an old guitar neck and a scaffold plank which became affectionally known as the Les Dawson, and the other branded the Mk1 Schitstik electric slide of similar pedigree. These instruments were used on many of the early tracks, including Really Free and Racing Cars)

Was the Last Straw Tour of 2017 to be the end? Willy’s remark “this will be the last time that many of you will see us together again” was often hastily misinterpreted as the final throw of the dice, but the reason given “it’s not us packing up, it’s you lot dying off, you know who you are!” is often overlooked by eager scribes. And so the rumours abound.

For any Otway/Barrett virgins out there who don’t know what to expect, be prepared for everything from bare-chested theremin playing to wah wah wheelie bin as the duo jump from one hit and 40 near misses to another: An amazing and irreverent performance by two master entertainers.