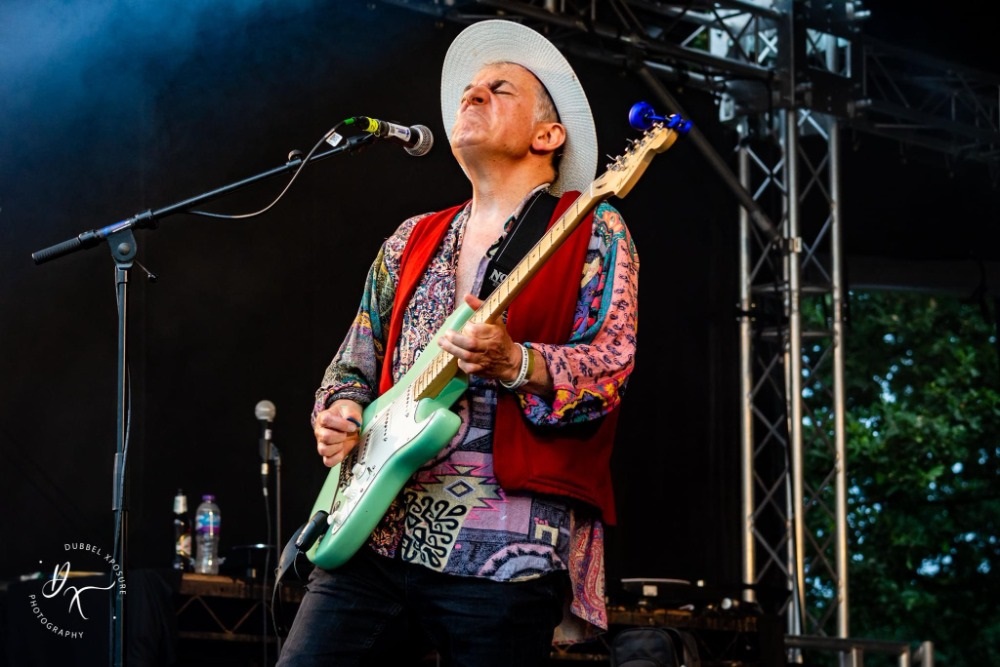 Robin Bibi can only be described as a true “Legend” in his own right. When he is on stage - and off - he has a crowd eating out the palms of his hands... or should it be hanging on to every riff he plays?!.

One of the great musicians performing all around the UK and Europe, audiences now have the added bonus of Robin performing with his horn section consisting of trumpet and two saxes. The addition of the Horns really beefs up the sound. The players are some of the finest in the UK, having worked with legends such as Jamiroquai, Eric Clapton, Mark Knopfler, David Gilmore, Gloria Gaynor, Bruno Mars, and Beverley Knight.

Robin has worked with ace trumpeter Jack Birchwood to come up with exciting horn arrangements for the whole set . The horns feature on the album “No More A Secret” and the band are planning to record a live album soon.