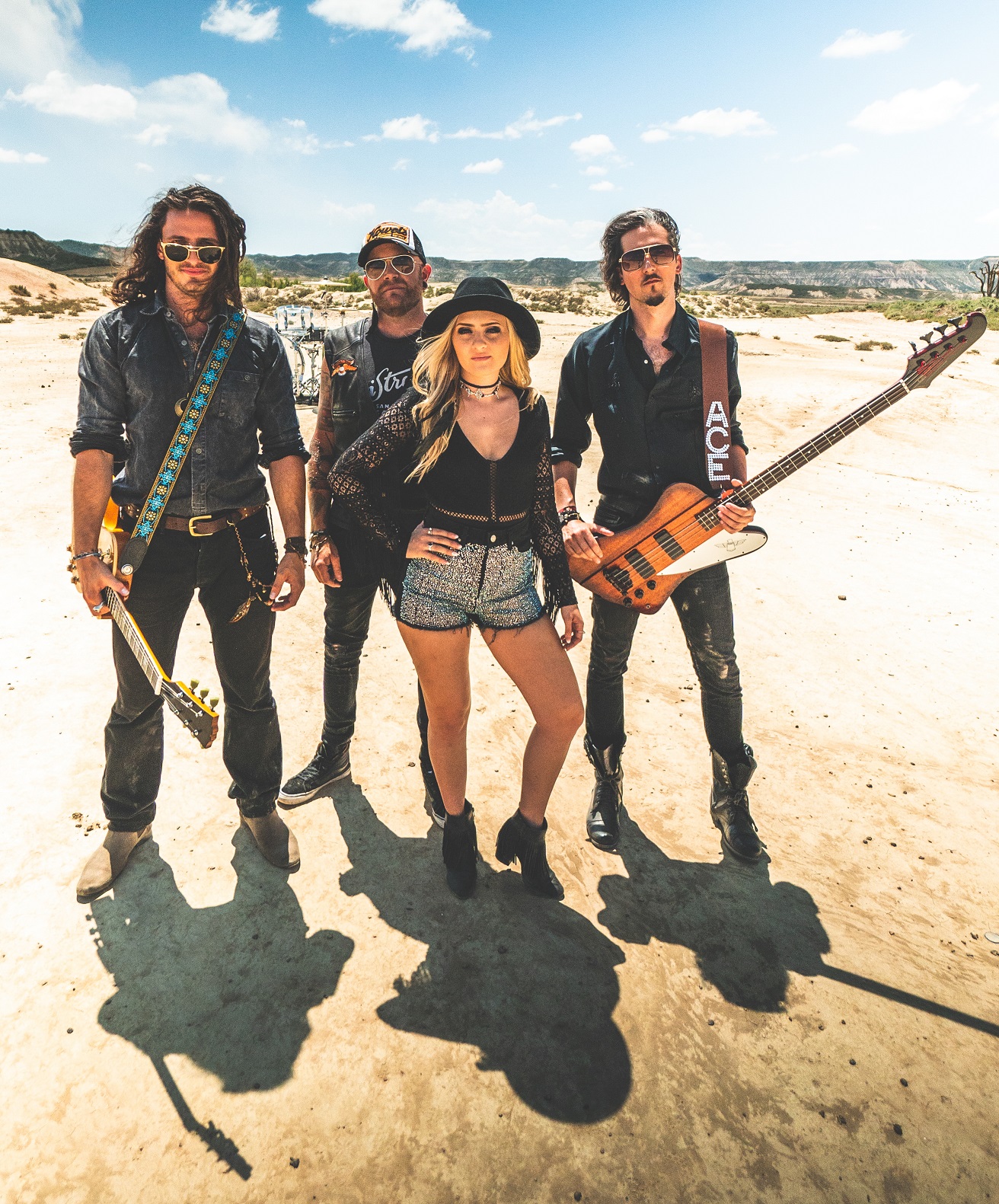 Katy Hurt is one of those rare talents that can write and perform with equal impact. Her 2019 single ‘Revved Up’ prompted Roland Monger, Music Blogger, to say “Hurt’s voice takes Dolly Parton’s twang and Beth Ditto’s soul, wraps it all up in a basket with a bow before setting fire to it and leaving it on your door step.”

Steeped in country roots, but never one to simply yield to the traditional Nashville sound, Katy stretches the country music genre in exciting new directions. Haunting blues vocals, towering country rock guitars, even a reggae vibe can be found in live performances.

“There was thick snow on the ground when we travelled to Winnipeg. It was minus 30°C outside. We created a cosy atmosphere in the studio and locked ourselves inside for a week. Murray Pulver [Juno Award-winning Producer] shared our vision of how the band should sound and added his magic to create some songs we are really proud of”.

The singer-songwriter’s work ethic and authenticity are apparent in each song and are further evidenced by her rigorous touring schedule and accolades. In 2018 she opened for Liam Gallagher at the Pilton Party to a crowd 8,000 strong and 2019 saw Katy and her band perform in excess of 150 shows across two sold out UK headline tours, as well as international dates in Canada, the US and the Caribbean where she performed alongside Sonia Leigh on the Melissa Etheridge cruise and opened for the Bellamy Brothers at their first UK show in over a decade. Katy has also toured with Gangstagrass, the ground-breaking New York band who created the unlikely Bluegrass/Hip-Hop fusion.

Katy was chosen to perform at LA NAMM in January 2020, representing brands such as Tanglewood, Yamaha, G7th Capos and Kirlin Cables and flew from Winnipeg to LA and back to continue work on her debut album which is currently a highly anticipated release.

Following her return to the UK, Katy kicked off what was scheduled to be her best touring year yet, on a high note, headlining at the UKCMSA Awards evening, hosted by Belles and Gals, and taking home awards for ‘Best Female Artist’ and ‘Best UK EP/Album’ with ‘Unfinished Business’.

Whilst unable to tour due to the COVID-19 pandemic, Katy has entertained thousands, right from their living rooms, with her weekly livestream series on Saturday nights.

With all the uncertainty that faces live music, one thing that you can be sure of is that Katy’s forthcoming album will be the light at the end of the tunnel, and the only place she will be going is up.

‘Mr’ Paul Adams – Aylesbury based country singer and songwriter, will open the gig.

All proceeds from this event to Queens Park Arts Centre.

Promoted by the Rotary Club of Aylesbury Hundreds